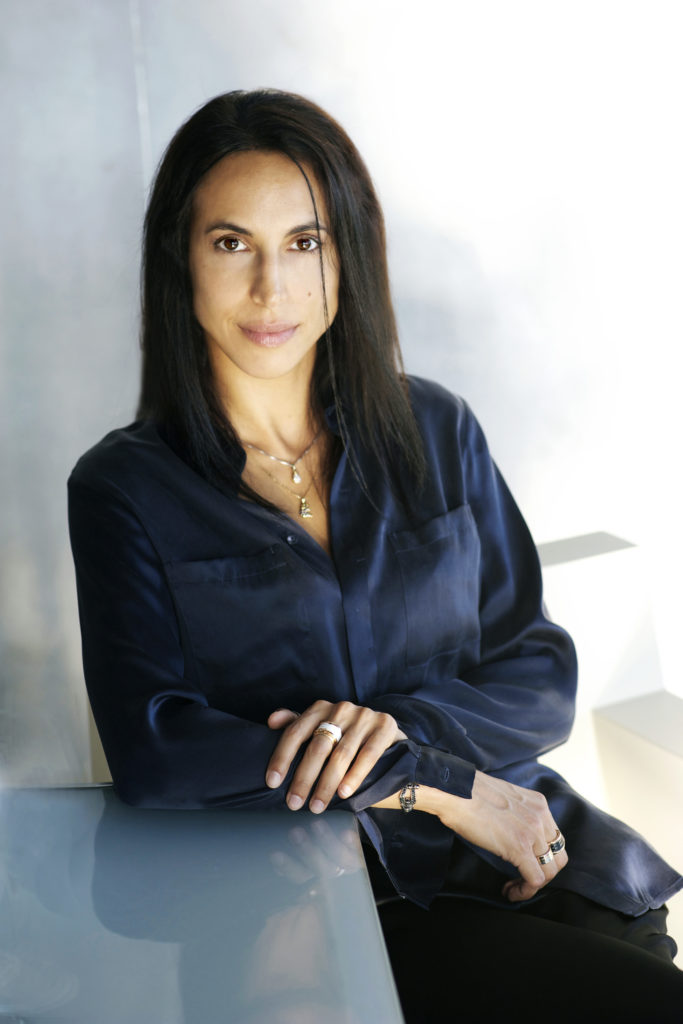 After her french “scientific baccalaureat” obtained at the lycée François I in Le Havre, she studies medicine.
Her curriculum takes place at the University Hospital of the Necker Hospital in Paris and she graduated from the University Paris V Necker child-sick / René Descartes.

She obtained her doctorate in medicine with a very honorable mention for her thesis on obesity: “The psychological and social profile of obese patient candidate for bariatric surgery”. This work has expanded the management of obese patients to the practice of bariatric surgery such as sleeve, gastric banding and bypass, regardless of their psychiatric status.
Indeed, patients are assessed at a decision-making committee about the surgery according to their psychological state. Therefore, this thesis has shown that anxiety and depression are symptoms (and not diseases) of obesity disease that can be improved or even disappeared with surgical treatment. The same is true for diabetes, and arterial hypertension, which see surgical treatment outside the usual medication treatments.

She worked for nearly 10 years as an assistant specialist in Paris hospitals in the hospital as an emergency doctor.

In 2009, she returned to the faculty to complete her training and move towards anti-age medicine, preventive and multidisciplinary medicine that takes care of the patient as a whole.
This specialty includes nutrition, micronutrition, aesthetic medicine, endocrinology, phytotherapy, sleep management, neurophysiology, preparation of sportsmen, while taking into consideration the treatment of medical pathologies. Anti-aging medicine was born in the United States in the 1990s and has not stopped advancing with the discoveries in the life sciences on the management of patients, in terms of preventive health , Predictive, curative and palliative.

Dr. Dalu held a radio health chronicle, alongside Elodie Gossuin and Bruno Robles, in the morning « Le meilleur des réveils » on RFM in 2016.
Since 2016, she is a health jornalist for the Luxembourg public magazine Janette and for the Anglo-Saxon magazine Bodylanguage, specialized in anti-aging and aesthetic medicine.

She regularly speaks on television, radio, press and web, as well as at conferences on the subject of medical preparation of sportsmen and women of all levels and on the theme of preventive medicine.

Alexandra Dalu is the author of ” Les 100 idées reçues qui vous empêchent d’aller bien ” withTeddy Riner’s preface, and the foreword is written by the chef Yannick Alléno. She is also the co-author of the book ” Vive l’alimentation cétogène ! “, Explaining the benefits of a low-sugar diet rich in proteins, plants and lipids (good fats) on health.

With the foreword of Yannick Alléno: 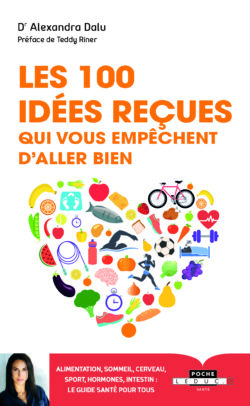 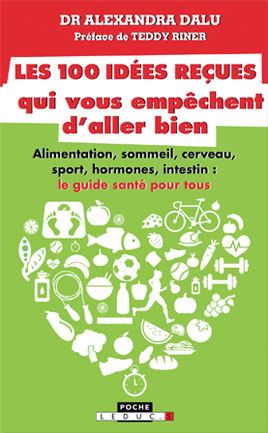 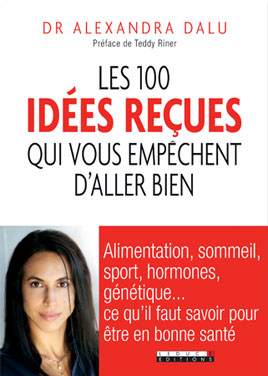